Mitro Digital Marketing joined activists and the internet companies to defend net neutrality from a rollback of protections proposed by the Federal Communications Commission.

Net neutrality is the principle that Internet service providers and governments regulating the Internet must treat all data on the Internet the same, not discriminate or charge differentially by user, content, website, platform, application, type of attached equipment, or mode of communication.

Net neutrality is in real jeopardy, and we’re in support of strong net neutrality rules that give people the power to choose websites and apps. Your internet service providers and some at the Federal Communications Commission want to change these rules and potentially limit your access to the best of the internet. If they succeed,  they will gain the ability to control your experiences online. They could prioritize websites and apps they own over the rest of the web. Gain the power to block websites. What will you do if you can’t access your favorite sites or have to pay more?

Google, Facebook, the American Civil Liberties Union, Reddit, Amazon, Airbnb, Twitter, Mozilla, Netflix, Vimeo, Spotify, Dropbox, Expedia, a handful of Congress and Senator members, and many other people and groups are united to fight changes to the net neutrality. Pretty much any company that does online business is against the net neutrality rollbacks. 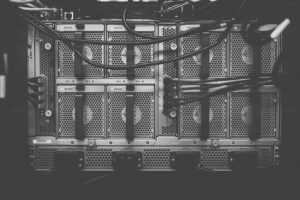 What’s the difference between a shared server hosting and a dedicated server? It is self-evident that businesses, like people, are supposed to grow; and with growth, comes change. The need to launch or upgrade the websites can be a big challenge when choosing shared hosting vs dedicated server hosting plan. Things can become confusing because…
Read More 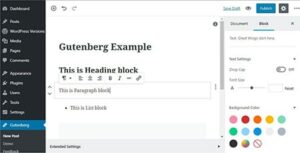 Gutenberg – A Whole New Way to Use WordPress

Facebook and its Messenger app have been down for two days now. The outage is worldwide with some areas more affected than others. Here’s a map of the outage provided by the Outage Report. The report from the downdetector.com shows the following stats: Log in (44%)Total blackout (41%)Pictures (14%) The log in issue seems to…
Read More